Microsoft is attacking Apple with another wasted commercial: 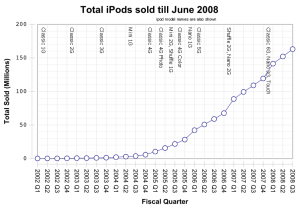 Zune has been a lost cause since launch. Trying to outflank Apple by labeling Zune as the cheaper alternative will only damage Microsoft’s brand and reputation (as I pointed out before).

I do want to see Microsoft put up an intelligent fight (although I am not sure why I care).

One thought on “Why Bother Attacking the iPod?”