Here it is up front – I am a BIG fan of Dream Theater.

I should also disclose that I have had the incredible fortune to go backstage and meet keyboardist Jordan Rudess, as well as guitarist John Petrucci after a Liquid Tension Experiment show last June.

I tell you this not to brag, but to let you know that my judgment might be a little skewed. I haven’t read any other reviews of this album, so I have no idea if anyone else agrees with my take on the progressive metal band’s tenth studio album, Black Clouds & Silver Linings.

It’s far and away my favorite album since their 1999 album, Metropolis Part 2: Scenes from a Memory. I have probably listened to the album about five times in the last two days and I cannot get enough of it… which is good because I wasn’t crazy about their last effort, Systematic Chaos.

If you are unfamiliar with Dream Theater, their music runs from menacing metal to spacey soaring ballads. This is highlighted by their “Best of” album which consists of two disks; one light, the other, dark.

I used to be very tough on vocalist James LeBrie (a lot of fans are). I always wished I could get copies of Dream Theater albums that had the vocals edited out so that I could just enjoy the instrumentals. About a year ago I reversed my stance on LeBrie. I now think he is the perfect vocalist for the band, and cannot imagine anyone else at his microphone. His voice is unique and the guy has tremendous range. That being said, my wish was granted anyway. The three disk special edition of Dark Clouds & Silver Linings comes with an all instrumental copy of the album. The album is still wonderful without the vocals, but it doesn’t really improve it one bit. Long live James LeBrie.

The musicianship on this album is mind blowing. Drummer Mike Portnoy is like a ninja. He is insanely fast, and you never know which head he will strike on his gigantic drum kit. I have yet to see a drummer impress me as much as Portnoy. 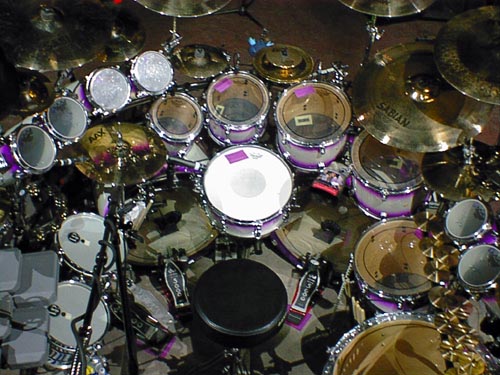 Bassist John Myung is the silent workhorse. He adds such depth to the music.

Jordan Rudess & John Petrucci rock. They play like they sold their soul at the crossroad. Both men blast out so many notes, yet they make it look effortless and always imbue their music with emotion. It’s really something special.

The final disk in the special edition has six cover songs on it. They are all good, but not a single one stands out when compared to the actual album.

My recommendation is to purchase the standard, single disk edition unless you are a die-hard fan… or you don’t like James LeBrie.