None of these will work, but that won’t stop the Chinese Government from trying.

Virtual currency comes in many forms. From buying “points” on a web site to gold in games like World of Warcraft, the Internet is full of different economies.

China has put a ban on virtual economy to real world economy exchange. The expressed goal of the new policy is to stop the Chinese people from gambling online.

The policy also stops gold farming. Gold farming is a large scale collection of video game currency for the sole purpose of exchange for real currency. Basically, there are factories of people who play games like World of Warcraft and collect gold in the game for a living. The gold is then sold to people over the Internet for real currency.

You may find yourself thinking, that this is dumb. Who would spend real money for fake gold?

There are a lot of professional folks who enjoy playing these games, but don’t have the time necessary to gather the resources they require to play the game at the level they desire. What they do have is money.

Some people have lots of time and no money. They are perfect for gold farming.

Other people have very little time and lots of money. They are willing buyers.

The equation isn’t too difficult.

I’ve never purchased gold, items, or characters before, but when I quit playing Diablo II (the online game I was hooked on in high school) I sold off my characters, items, and gold… yes, I know this violated the terms of service agreement with the game publisher, but people do it anyway.

You might be wondering, how many people could possibly be participating in online economies and gold farming?

Believe it or not, this is big business. Estimates put online currency exchange somewhere between $200 million and $1 billion dollars. 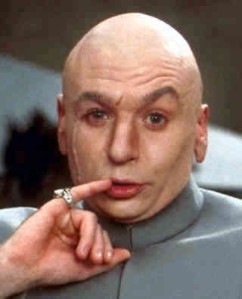 This is a real source of jobs, and an opportunity for economic development and China is removing itself and its people from the game. It means that gold farming jobs will go elsewhere (hooray for other, less repressive developing nations). However, it also means that 1/6 of the world’s population will be cut off from online economies, thus stunting a lot of growth potential over the long haul.

A possible loophole: What about selling online commodities for real money in stead of online currency. For example, what about converting the online gold to items, selling the items for cash, and then letting the buyer convert it back to online currency in a market? I’m not sure if it would work, but it’s a thought.

Ultimately this policy isn’t about gambling, it’s about control.

For more on this subject, checkout Information Week.