Most popular musicians have at least one “hit” by simple virtue of the structure of the music industry. I have a tremendous fascination with how different musicians deal with their hits over the years in live performances.

A lot of musicians seem to feel stifled and restrained by their “hits.” Like it’s a curse they can never escape. I’ve read interviews with Robert Plant of Led Zeppelin, where he has gotten all bent out of shape because he thinks he will only be remembered for “Immigrant Song” and “Stairway to Heaven.”

Southside Johnny has expressed a great deal of happiness over the fact that he never had a “hit”… as a consequence, there is a good chance you haven’t heard of him unless you really know your Jersey Rock, read this blog regularly, or were a fan from back in the 70’s.

However, my favorite take on the “hit” came from John Popper of Blues Traveler while discussing “Run-Around.” (For the life of me, I can’t remember where I heard him say this, so I am going to butcher his quote) He said something along the lines of, “I hated the song for a long time, but eventually had to come to terms with the fact that the song paid for my house, and allows me to make music for a living.”

Brian Setzer (formerly of The Stray Cats) embraces his “hits” in live shows, and plays puts different twists on classics like “Rock This Town” and “Stray Cat Strut,” however, he also creates tons of new music and experiments like a mad man. 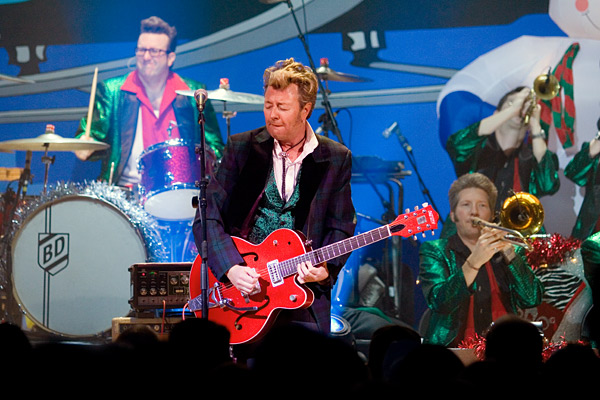 Anyway, I wasn’t sure where I was taking this when I started writing, but I think I have a conclusion to pull out of this rambling post:

Damn near every job that anyone has ever had involved some uninteresting, or downright contemptible task. If taking four minutes to play a crowd pleaser with some heart is too much to ask, the musician that is refusing to please his/her fans is a jerk.