TUAW has an great map showing the density of Apple users in the US. Based on this I bet that there is a correlation between owning an Apple and voting for Democrats. 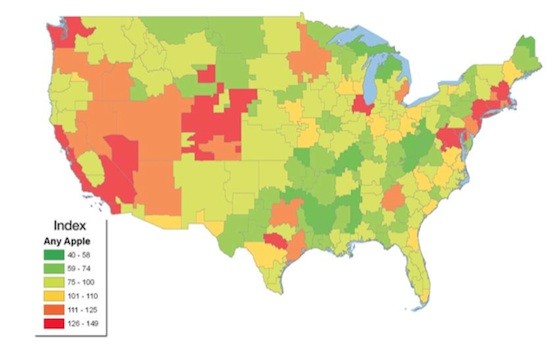