The 2010 Video Game Awards were held on Saturday night. Award shows of any kind don’t really mean much to me. However a number of trailers for upcoming games were revealed during the show, and thats interesting.

Each of these videos depicts cinematics for games that will be released in 2011, and will almost certainly dominate sales the sales charts.

Mass Effect 2 rocked. It was an enormous adventure that left me wanting more. I can’t wait to see what the final installment in the trilogy brings to the Mass Effect universe.

Uncharted 2 played like a classic Indiana Jones movie (not that Crystal Skull piece of crap). It was funny, thrilling, and action packed. If publisher Naughty Dog remains consistent, all of these impressive cinematics are “in-game.”

Batman Arkham Asylum was the best super hero game in many years. The sequel looks even better.

FYI – Dr. Hugo Strange is rumored as the villain in the next Batman movie

The new MORTAL KOMBAT is a return to the series’ roots. It’s a brutal 2D fighter that promises to serve up decapitations and buckets of blood. The big reveal at the VGAs is that Kratos, the anti-hero from the God of War series will be a playable character on the PS3 version of the game.

It begs the question, “who is the Xbox 360 exclusive character?”

My money is on Marcus Fenix from Gears of War. 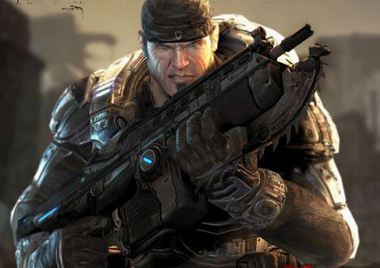 I image Fenix could have an interesting fatality involving that chainsaw.