If you’ve ever found yourself staring blankly at the television thinking, “there’s never anything orignal on,” then you would have been false. There is rarely anything original on TV but there are brilliant gems of creativity, and they rarely last more than a season or two. One of those gems is Pushing Daisies. 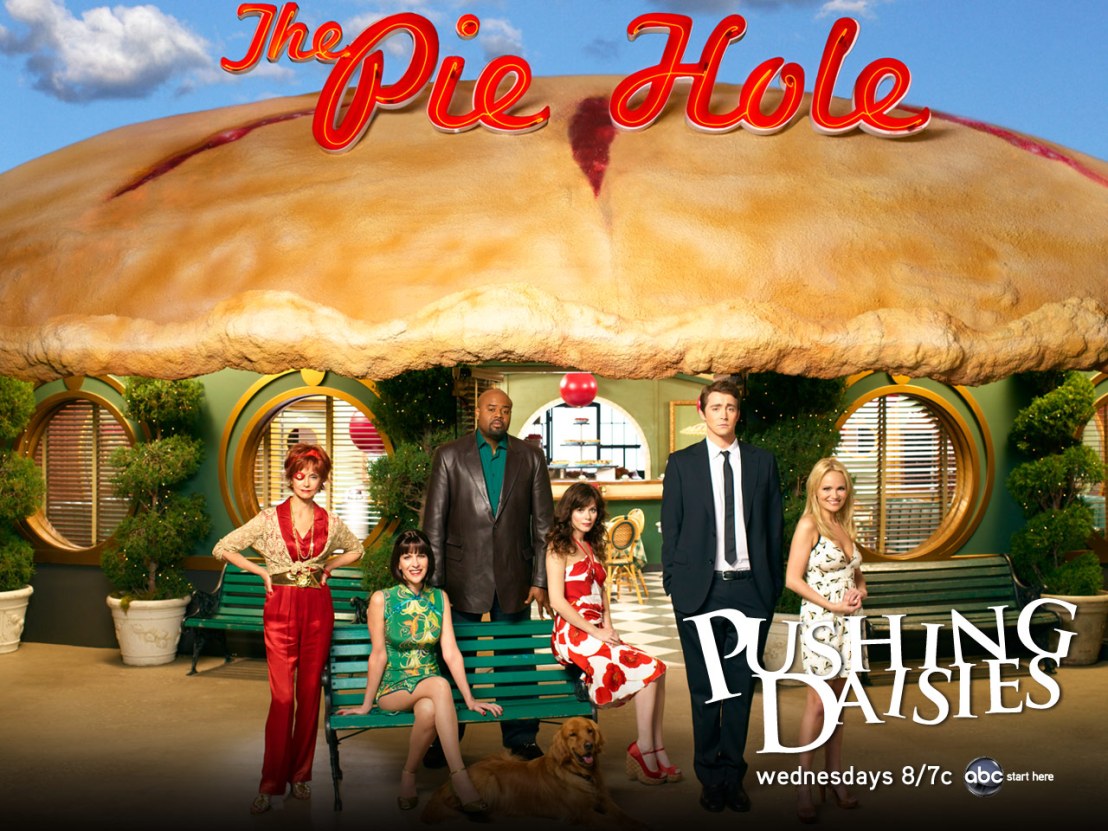 Pie maker (get it, it’s Pi Day) Ned has been given a gift, and the rules are as follows:

Ned possesses the unique talent of being able to bring the dead to life merely by touching them. However, the person may remain alive only for one minute, or else someone else dies for them. A second touch will render the person dead again, unable to be revived (IMDB).

Ned uses his power to revive his childhood love, the girl named Chuck. Their relationship blossoms yet he may never touch her, for that second touch would kill her permanently.

The show plays out like a modern fairy tale complete with highly stylized sets, unusual characters and quirky dialogue.

The sets and style are gorgeous, bright, and completely different.

The characters are quirky, funny, and compelling.

The acting and writing are magnificent.

It’s not real, and it never tries to be real. That’s what makes it work.

Pushing Daisies takes a few episodes to really get cooking. It isn’t until they start developing the characters of PI Emerson Cod (Chi McBride), and Olive Snook (Kristin Chenoweth) that the show really hits its stride. The two of them stand among my favorite fictional characters, and it would have benefitted the show and its viewers to develop them sooner.

Twenty-two episodes is too short for a show this great, but as I mentioned above, Pushing Daisies was a little too good, and far too unique to last long on network television.

At least it lasted longer than Firefly.

Pushing Daisies manages to deal with some of the darkest human emotions and life events in a way that’s never depressing.

If you’re willing to try something completely different, look no further than Pushing Daisies.